I am way behind on updating my blog again. We seem to have been so busy recently.
the 28th march was the BSDA open show which we went to with Ruby, Lily, Saffy and Rosie. It was a very nice day the weather was pretty good and it was nice to catch up with old friends.
The results were pretty good too. Lily came 4th and Rosie came 5th in a very strong junior class, then Saffy came second in her post graduate class.
We also entered the Obedience and Ruby came third in Novice and Saffy fourth. Saffy would have been placed higher if she had done her heelwork properly, but the ring was marked out using agility jump uprights and poles so every time we headed to the edge of the ring she dashed off to try to jump the poles!! This meant we only did a training round in our A round. She did however redeem herself by doing a lovely scent discrimination, and as I haven't done much obedience training recently I was pleased with this. 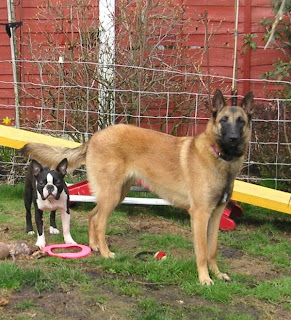 While we were at the BSDA show Mum took Milo along to the Northern Boston Terrier show as this was on the same day. He did really well getting second in the minor puppy class. I was also pleased to see that Bernie, the father of Daisy's forthcoming litter got best dog and reserve best in show. 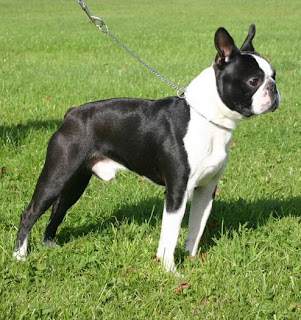 Last weekend it was TAG agility show, our first KC show of the year. Both Ruby and Saffy were entered. Daisy was too but obviously didn't run her.
Friday Saffy was obviously very pleased to be doing agility outside. Her first run was a complete disaster, she leapt off the top of the A frame with out even trying to run down the ramp never mind touch the contacts. She then crashed through a couple of other jumps and totally disregarded anything I was saying to her. Thankfully by the end of the weekend she had calmed down a lot and we were just a hairs breadth from getting clear rounds, I just need to tweak the handling slightly and we might actually do it. 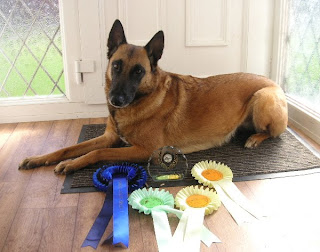 As always Ruby was a little star. She got 5 clear rounds out of 6 runs. The only one she missed was down to me getting lost. She also got a 6th place and a second place in Agility.
Best Friends 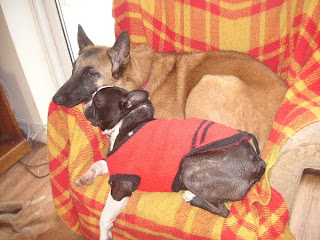