7he Boston Babies are 2 weeks old today. The time goes so quickly. They all have their eyes open and are starting to get up on their legs now. They move about a lot and I have had to put up a barrier to keep them in the crate now as they can get out. I will move them down stairs to the bigger pen some time this week.
Daisy is still feeding them and they are very solid chunky puppies they all weigh about 750m grams each. James was the smallest but he is now the biggest. Daisy is eating much better this time than when she had her last litter.She is still thin but thankfully not suffering from the calcium deficiency this time. She is eating about 1.5 pounds of chicken a day which is a lot for a dog that only weighs 14lbs. 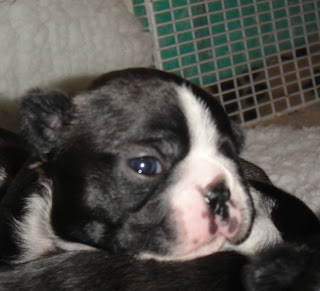 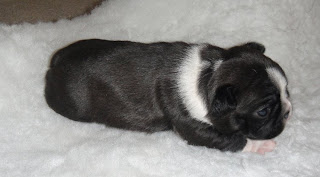 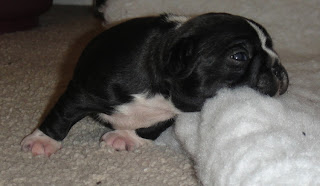 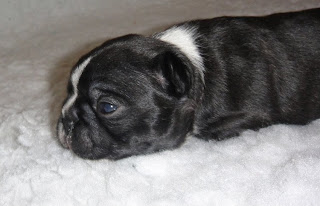 Christmas day. Now the children have all left home apart from Robin things are much quieter on Christmas morning. As Robin was still asleep I took the dogs for a walk as soon as I got up. then when we got back it was time to open the presents. 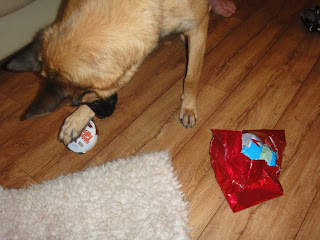 All the dogs had a new squeaky toy and a back of treats. They all managed to open their presents. Then things got a little noisy as they all walked round squeaking their toys until Casey managed to de-squeak his and then tried to steal the others. I put the toys away so we could have a bit of peace. 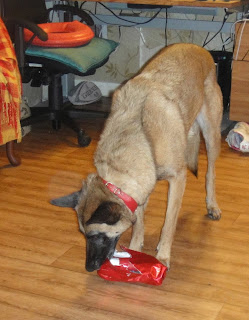 For breakfast the big dogs had a turkey wing each and some of their treats. TheBostons had a bit of turky neck so no-one missed out on Christmas dinner apart from the baby Bostons who just had milk. 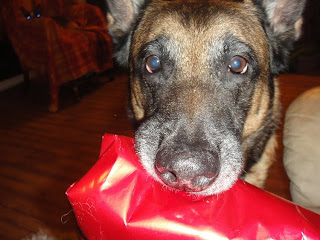 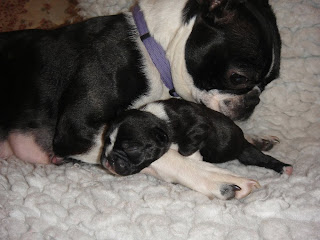 The puppies are doing very well. They are feeding well and putting weight on regularly. They doubled their birth weight today. They are very active strong puppies. Daisy is looking after them very well and is eating much better than when she had her last litter. I am hopeful she won't suffer from a recurrence of the calcium deficiency she had last time. She is obviously feeling much better after her cesarean as she keeps demanding I get her favourite toy out and play with her , but I am very mean and refuse as it would strain her stitches too much to be playing tuggy so soon after an operation. 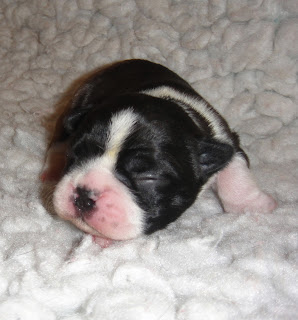 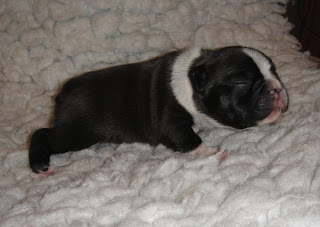 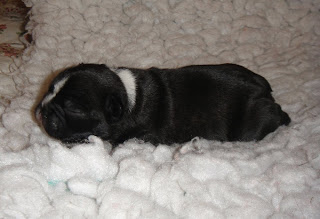 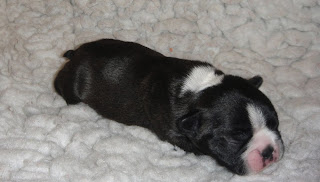 I haven't posted for some time but thought it was time for a catch up.
Many things have changed since I last posted, the main one is that Saffy no longer lives here. I had been having increasing problems with her dislike of living with other bitches and she turned against Ruby and would attack her on sight.

It was proving very stressful having to keep them separate all the time so eventually had to make the heartbreaking decision to look for a new home for Saffy. She could have gone back to her breeder Jan but as Jan has lots of dogs I thought is would be better to find her a home where she could be an only dog, so in mid October Saffy moved to Norfolk to live with Gareth and Bobbie. She has settled in very well and is obviously loving being an only dog.

While we were having to deal with keeping Saffy and Ruby separate Daisy also came into season and it became clear recently that somewhere our system of keeping all the various dogs separate there had been a miscalculation. At the end of November I noticed Daisy was getting fatter. A quick trip to the vets confirmed my worst fears Daisy was pregnant. Thankfully (?) with the size difference the only possible father could be Milo but it was still a shock as I didn't want to breed from Daisy at the moment. I was also very worried about the pups as Daisy had been going to agility, competing in competitions and playing wildly with her toys. Not things I would usually do with a pregnant girl.

Another problem was not knowing when the pups were due. The vet scanned her and said she was at least 6 weeks which meant that she almost certainly caught right at the end of her season.
Things started happening on Sunday but no puppies arrived until 5:30 Monday morning when a little girl arrived, then at 8:00 a very big boy who got very stuck and when I finally got him out I was unable to get him breathing. Next at 11:00 came another boy. No problem this time thankfully. Unfortunately after this things ground to a halt so at 2:00 it was off to the vets for an oxytocin injection. This failed to get things moving and the vet said there was a puppy stuck so the only alternative was a cesarean. Thankfully the vet was bale to get both remaining puppies out and the stuck one was still alive so we now have 4 puppies 3 girls and a boy. 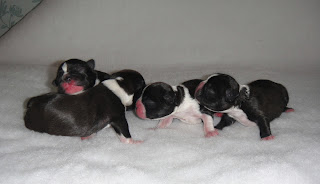 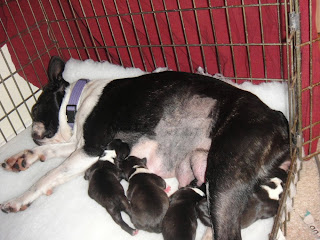 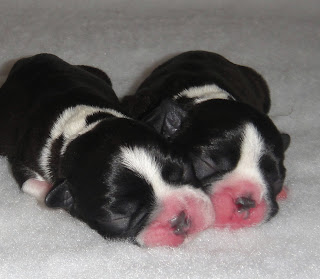 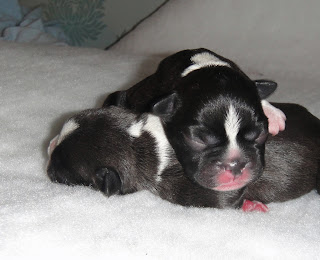